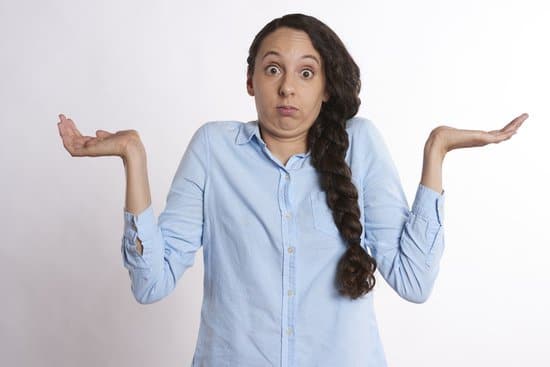 Addiction is NOT a disease. ADDICTION IS A DISORDER.

“You would have to be half mad to dream me up.”
― Lewis Carroll, Alice in Wonderland

ADDICTION IS A DISORDER.

but our mental health community has adopted the word “disorder” for afflictions of the mind,

We will use the term disorder going forward.

Like O.C.D., Bi-Polar and other Personality-Disorders (PD’s), addicts suffer from an Addictive-Disorder (AD).

and some have a more chronic version of it known as

which encompasses a large spectrum of desire-objects and is not sustained by a specific object or desire itself.

Instead, it is sustained by a more innate defect of the mind;

the need to compensate for deficient emotions or neurochemicals within the mind/brain.

Until recently, the DSM-V, the bible of psychology. DSM is the manual for the psychiatric field: The Diagnostic Statistic Manual used in the field to diagnose mental maladies.

As a matter of fact, when I began Project Addiction and first wrote this chapter, it was not even in the DSM-V.

The fervor over the opiate epidemic in the world finally got their attention and they now recognize addiction as a severe pathology.

I been a lone voice in the wilderness on this and the opiate epidemic since 2004!

Much of what I present in Project Addiction are my own findings and pioneered methods and perceptions.

It is a bitter/sweet pill to see the conventional world catching up with what I’ve been teaching and preaching for nearly two decades.

Bitter because these oligarchs are taking the credit,

sweet because at least it’s finally getting addressed.

Addiction is NOT a disease.

ADDICTION IS A PROGRESSIVE DISORDER.

Usually Addiction begins at the Recreational stage and progresses to the advanced stages sequentially.

It is not a certainty that every Recreational-user will advance to full addiction.

In modern society, addiction is probably the most prolific disorder in the world,

outnumbering every other disorder by leaps and bounds with drug epidemics taking place in every civilized city and town in the world.

A boogie-man scare belief is that everyone and anyone who does drugs can, and likely will, become an addict.

Not any-one and every-one who goes out on a sunny day will get a severe sunburn.

Genetics, constitution and a myriad of other factors have to come to bear.

We will be thoroughly exploring those factors that make someone vulnerable to addiction, less vulnerable and even invulnerable.

The analysis of analysis:

The DSM V diagnoses addiction as:

The individual must have 3 or more of the following at any time in the same 12 month period:

1)  Tolerance: A need for markedly increased amounts to achieve the same effect (need more dope for the same high).

2) Withdrawal: Painful or adverse conditions directly related to the abstinence of using. (DSM does not specify if these symptoms are physical or psychological such as bad mood, depressed, cramps, etc.)

4) Persistent desire or unsuccessful attempts to quit or use less

5) A “great deal of time” is spent in activities to obtain, use or recover from using. (i.e. “obtain”: time and energy spent scamming money to score, drove for one hour to wait two hours for a dealer who took forever to show up, b) “use”: work feverishly to repair a pipe a syringe or other paraphernalia, c) “recover”: lying in bed all next day feeling trashed from using.)

6) Using displaces other interests to some degree. (I used to play video games—now I do dope!)

7) Continued use despite the awareness that using contributes to a physical or psychological problem.  (using cocaine even though one has a deviated septum… from using cocaine!)

ADDICTION IS A COMPULSION.

The idea that it is a “choice” is insultingly oversimplified and a convenient perspective for non-addicts to persist in.

An OCD person does not feel they have a choice in their compulsive behaviors as sections of their brain or neurons are responsible for creating a “desire” to perform a behavior that is not subject to reason, intellect or sense.

This is why we call it a “compulsion” and not a “decision”.  Neither does a schizophrenic “choose” to be delusional.

A pathology is not a “choice”.

Once again: Addiction is NOT a disease.

ADDICTION IS A BEHAVIORAL DISORDER

The “DOC” (Drug Of Choice) can be a substance (alcohol) or an action (gambling).  The term DOC will be used generically to refer to any addictive focal point.

Project Addiction Solution is going to shatter what you think it is and reframe what it truly is.

For a Limited time…

PAS began at $79, went to $129, then $189 and on. As it becomes more well known the price will increase so take advantage NOW and join the people across the US and five other countries that are Changing their Mind’s, Changing their Lives!

Don’t be a Problem…

BE A PART OF THE SOLUTION!