I calculate we will go through a substantial period of restitution and compensation for women and black people and especially black women.

And rightly so. The degradation and oppression of these human beings has been obvious, shameful and long overdue for correcting it.

My calculations are about 50 years to OVER compensate those who were oppressed to establish balance (not restore balance cuz it was never there!).

I hope it goes by quicker because I’m terrified of reincarnating as a white male in my next life as this process of establishing balance will require the white male to be oppressed to create closure.
I’m seeing it all the time. As a middle aged, white male In am forbidden to have any self serving agenda or to even whisper my fear of being blamed and shamed for things that had NOTHING to do with me personally or my life’s values.

I am assumed to be racist, gender biased over privileged and to have had easy breaks through my life.

In spite of working my ass off, nonstop since I was 16 years old and created every cent I’ve spent through physical and mental labor and NEVER getting an easy break. EVER.

I never had anyone willing to promote or favor me because my ass looked good in those jeans or because I was a sexual target or fantasy , therefore was never able to exploit it for political or professional gain (which I woulda). My gender was never able to consider having a full time career as a professional “cheerleader”. A “profession” where grown adults exploit themselves and their gender while simultaneously blaming the opposite sex for creating the dynamic in the first place.

Sex has been exploited by BOTH: one as a conquest and one as a weapon of leverage.

I’m all for equal pay for equal work, but the woman tennis player who won the US open received the same prize money as the man but literally played only TWO THIRDS of the tennis as women play 2 out of 3 set and men play 3 out of 5.

Get off that soapbox and play another two hours while simultaneously protesting for equality.

I agree that men have used their dominant power to maintain power and control. On the other side of that coin are bands of women who are willing to wear bikinis at drive thru coffee huts and have “careers” of jumping up and down with glittery pomp oms during a sports match. Why aren’t their sisters rallying against them? Isn’t that complicit? To willingly go along with something in spite of your beliefs and conveniently labeling it as doing what is needed to get by in a male white dominated society? Where’s the Rosa Parks of rah rah shish boom bah who will refuse to dance on the sidelines for a salary? Who will protest Ghandi  and MLK like, peaceful and powerful by refusing to participate in a culture they KNOW is wrong? (and Claudette Colvin was the first bus riding protester, not Rosa.)

So let’s get on with it: I’ll take my licks like a man… er… scuse me, like a person… for all the advantages women and ethnics believe I am somehow complicit in.

Nope… I’ve never refused service to anyone, regardless of race, gender, age or sexual orientation. But in 56 years when the male white male oppression begins to subside, I wanna reincarnate white male again. Cuz when its restoration time the oppressed get a LOT of attention and compensation. It’ll come around.

Followed by a time when we all see that those white male men who earn less pay, whose votes don’t count, who’ve been diminished and oppressed for a few decades, get their payback.

If you believe in true equality then treat EVERYONE equal. Even those who you think didn’t treat you or your kind equal. Practice what you preach. Don’t be a part of the problem, be a part of the solution.

Equality is not a fucking variable. It is an objective quality—pure and simple. It ain’t complicated.

Besides, I wanna see 5 set tennis matches with women too! Specially the hot ones! 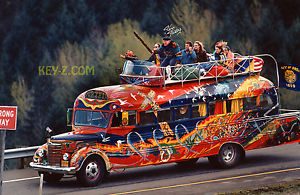