How to win the war on Gaming 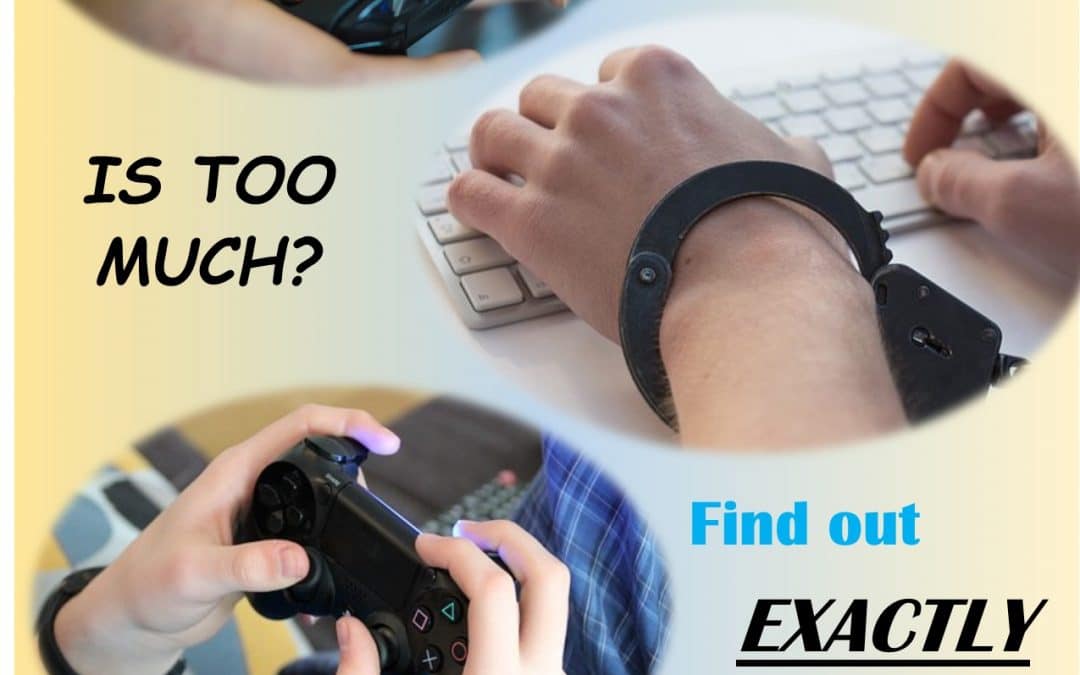 Gaming can be healthy IF IT’S DONE IN MODERATION.

Gaming is now one of the most common sources of conflict between parents and kids, especially sons and moms!

The kids (a relative term since many of them are in their 20s) insist the parents just DON’T GET IT!
That it’s a generational thing. Since we (yeah, me too since I’m 50+) didn’t have these things when we were growing up and we parents lament over the missed lifestyle of getting out and playing and being active.

As a private practice counselor I hear this A LOT! I am regularly hired to intervene and help kids “grow-up and get busy” instead of always gaming and/or Facebooking, Instagramming and Youtubing their lives away!

Parents: I got bad news for you!

If we woulda had smartphones and high tech games we woulda never saw the light of day! Don’t think your immune and for sure STOP thinking there’s something wrong with the Millennials and Generation Z’s!

There’s NOTHING wrong with them!

And if you want them to do more and be more active then get your damn shoes on and:

First get busy yourself! You BETTER be active if you’re telling them to! As Ghandi said, “be the change you want to see in the world.”

Don’t know?
Well, ASK THEM!
Pay attention to what they do, talk about and like and frame things around it and get two birds with the one stone!

If you can invite them to cool things they like, they’ll not only get more active but you’ll get some “quality time” to boot!

When my son was a young boy I wasn’t too into sports. So, I exposed him to model trains, cars, Legos and things I thought were fun when I was his age. He liked them fine.

But the day I bought a baseball and tossed it to him his life—no OUR lives—changed forever and for the better!

He was a natural!

This boy who was only mildly interested in games and toys and TV became OBSESSED with a thing I was barely into at all!

The result of me being open to what HE liked instead of the things I like?

He played ball from 4 years old through varsity high school, plays on his company’s team now as an adult and we shared many great years of Dodger games and when they went to World Series in 2017, we had the bonding experience of a lifetime! Game 1. Behind 1st base!

So… Scott… what’s this got to do with too much gaming?

My son is, and always has been a pretty big gamer. He plays for hours and hours and always has. He ALSO plays baseball, goes hiking and this old dad and his 26 year old son go to the indoor climbing gym which is HIS pick. I got him into hiking and backpacking when he was small and he’s taking it to an Alex Honnold level!

His newest friend is in New Zealand and is a GREAT influence!

Too much of ANYTHING is toxic (except sprituality!), so instead of just telling your kids NOT to game so much, give them ALTERNATIVES!

And GET INVOLVED!
Don’t tell them to do as you say, not as you do! Get going and get INVOLVED!

My son spends multiple hours on his X Box. But if I invite (and pay for it!) he will drop it and go on a scuba dive, a good hike and especially a Dodger game or just to the batting cages and driving range!

Driving ranges, batting cages and tennis courts are always around so don’t TELL them to get active!
Make them an offer they can’t refuse!

Find the things your son and daughters like and get into them too.

And we got a WONDERFUL BOY WHO’S A RESPONSIBLE GROWN YOUNG MAN NOW!

Well… What’re you waiting for? Go plan a fun activity to do WITH your child, young adult kid or grown adult kid and GO!