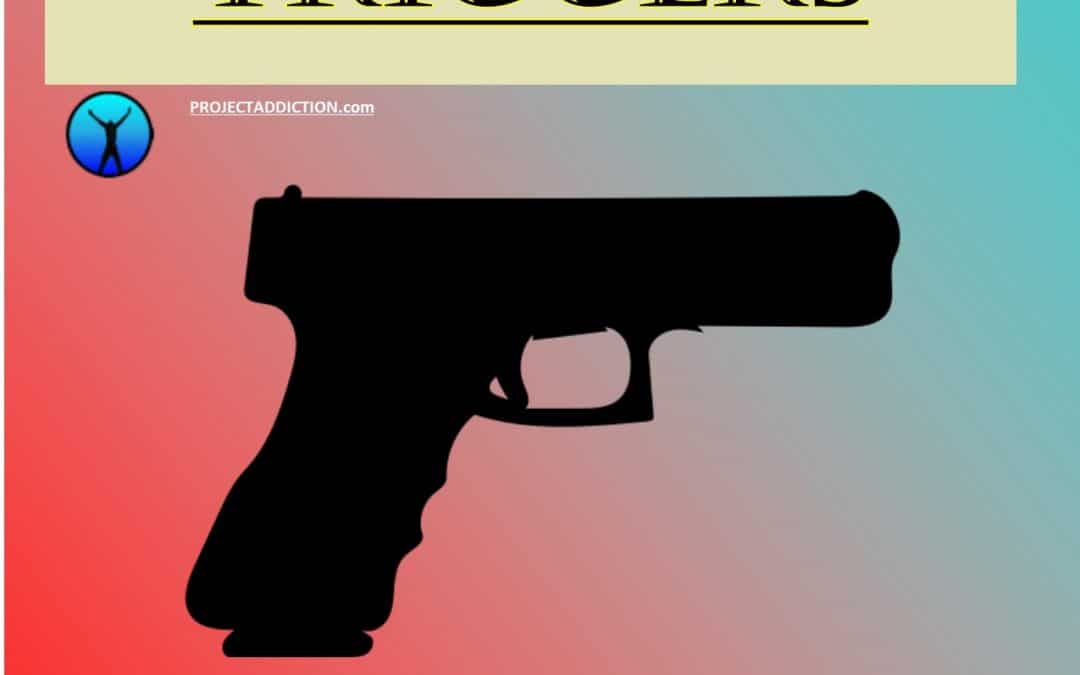 The last Project Addiction Solution blog post introduced the concept of “predisposition”; the genetic and behavioral factors that contribute to the source of addictions.

I pointed out that as a counselor I have rarely found nay use of predisposition as it rarely “breakthrough-knowledge” that changes what we need to do about our addiction.

Vulnerabilities are more significant in treatment than predisposition;

An addict must know his or her triggers if he or she is to achieve long-term sobriety.

Still, even when one’s vulnerabilities (triggers) are analyzed and reconciled,

the underlying disorder of addiction still exists and persists.

Addicts have a single cue:

the desire to use drugs.

an excuse, or a trigger.

A fight with a spouse,

criticism from a parent,

the dog running away,

and getting fired from work

are just masks that addiction wears to give an addict a conscious excuse,

or justification to use.

When an addict believes that outside cues are the cause of using,

he or she starts believing that by eliminating these cues, he or she can eliminate the using impulse.

This is false and dangerous.

The idea that he or she can be triggered by different things makes an addict less accountable.

While it is essential that we examine cues that lead us into a using episode,

ultimately we must understand that

the subconscious desire to use drugs is the only true cue.

Everything else is a convenient rationalization.

The subconscious uses the idea of eliminating or blaming cues as a deflective ruse to avoid detection.

The real truth is that I used dope because I’m a dope fiend,

not because I had a bad day.

Many people have bad days and do not use drugs.

Many people had traumatic childhoods and do not use drugs.

many drug addicts had fine childhoods and have good days and still use.

I’m an addict: gimme a reason and the alien in my brain will use it to justify using.

Cues are not the underlying cause of using,

but they do reinforce the underlying cause and need to be strategized against.

If we don’t reduce or eliminate our cues (vulnerabilities),

our addictive nature will exploit them and manifest itself.

Where Addicts Come From

Most young people claim that they are not addicts, and I often must agree.

“I’m not an addict just ’cause I smoke some weed or have done coke a few times!”

But I remind them that the stork doesn’t bring addicts into the world and that people who use drugs are playing with proverbial fire.

If they are experimenting with and sampling drugs, they are cultivating addictive tendencies, pure and simple.

What percentage of heroin addicts once said they’d never use heroin?

What percentage of heroin addicts said they’d never do drugs at all?

They may have said it way back when they were little kids;

still, almost all of them said it or at least thought it.

So when people tell me they’re not addicts,

how it is a dormant disorder and no one knows whether he or she has it until it’s too late.

By the time you realize you’re an addict, you’ve been one for a long time.

Maybe you don’t think you’re an addict, but are you participating in potentially addictive behaviors?

Denial is a symptom of addictive disorder.

Why Can’t We Use in Moderation?

Back in my using days, all my friends were either in jail,

on their way to jail,

or just getting out of jail.

once the addictive mind (the alien) is activated, an addict is either on drugs,

or coming off drugs.

We are enslaved by the addictive paradigm.

Just about every addict alive has tried to manage his or her life with drugs:

snorting or smoking instead of shooting,

doing coke instead of meth.

The ways we try to convince ourselves we’re doing better are many.

I had a client who used episodically.

Every one or two months,

he had a single episode with meth for one night.

From my perspective as a former meth addict,

However, after he used he became depressed and remorseful for several days to a week.

Each episode prompted self-loathing and feelings of failure for taking risks with his career,

After a week to ten days,

he would stabilize and begin to heal.

For the next two weeks or so,

he would live his life normally.

Slowly the urge to use would begin to intensify, becoming an inner torment.

Eventually the pressure would become too much, and he would relapse.

Drugs were present at all times,

one way or another,

as he was either on drugs,

This process is exhausting.

Even when he got clean for three months,

the amount of work and inner torment to achieve it was exhausting.

Those who are capable of limiting use to every four to six months are slowly counting the days until they can use again.

Episodic addicts can live their lives—

but they are always distracted, thinking about drugs on a remote level.

They are never fully present with family,

and other fulfilling endeavors.

They are slaves with plenty of freedoms, but slaves nonetheless.

Using in moderation is a fantasy scenario anyway.

Even if we make it six months clean the first time around,

the next time will be five months,

using will be frequent enough to be almost constant.

For the addict who has realized rock bottom,

this has been proven over and over…

and over and over…

The idea that using can be managed is a fantasy.

Most addicts have tried to change the way they use as well.

I went through phases during which I abstained from injecting drugs—

only snorting or smoking them—

convinced I was doing much better.

Theoretically, it was true:

it was an improvement,

but not much of one since I was still enslaved.

The pleasure-pain principle is an unbeatable force.

to the highest of highs.

I was proud of myself for doing lines instead of shooting up,

but my pleasure-principled brain was getting frustrated with this tease, saying,

“Are you kidding me? When are you gonna do some real dope?”

Okay… the next blog post is the conclusion of How Addiction Works.

No need to take notes, by the way, I’m going to infect you with ALL the necessary truths you need to get free or support and assist someone else to!

We’re going to conclude this section by going into the spiritual and visit with Christ, the Buddha and other spiritual beings that have graced this planet with their presence.

Let’s take HOW ADDICTION WORKS to the final frontier!

Life-Mind Strategies and Training for Self-Improvement

Click to learn more and get your first week of treatment FREE.